Here are the ones that got away, wily iridescent birds that appear and disappear as if by magic, who live near you but you may never see. 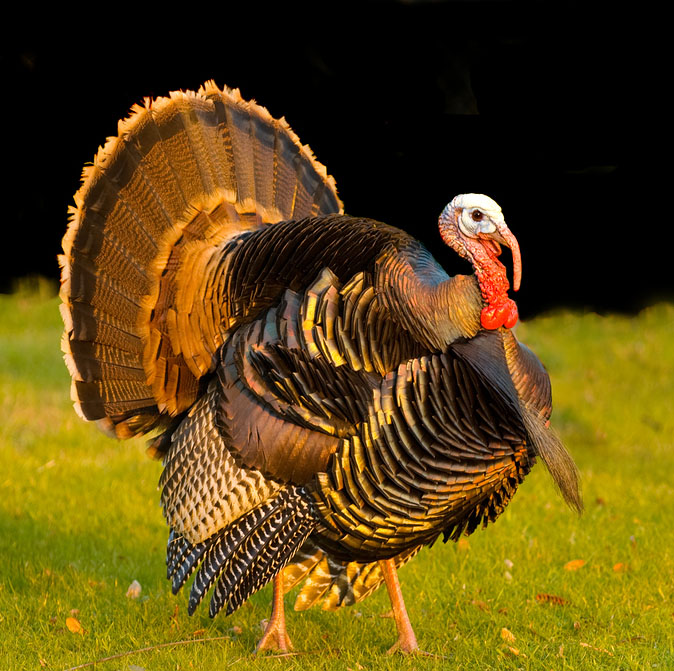 As you enjoy that roasted fattened bird today, raise a toast to their ancestor, who, according to Benjamin Franklin, should have been our national bird. Behold Meleagris gallopavo silvanus, the Wild Turkey.

From Franklin’s letter to his daughter in 1784:

For in Truth the Turkey is in Comparison a much more respectable Bird, and withal a true original Native of America… He is besides, though a little vain & silly, a Bird of Courage, and would not hesitate to attack a Grenadier of the British Guards who should presume to invade his Farm Yard with a red Coat on. 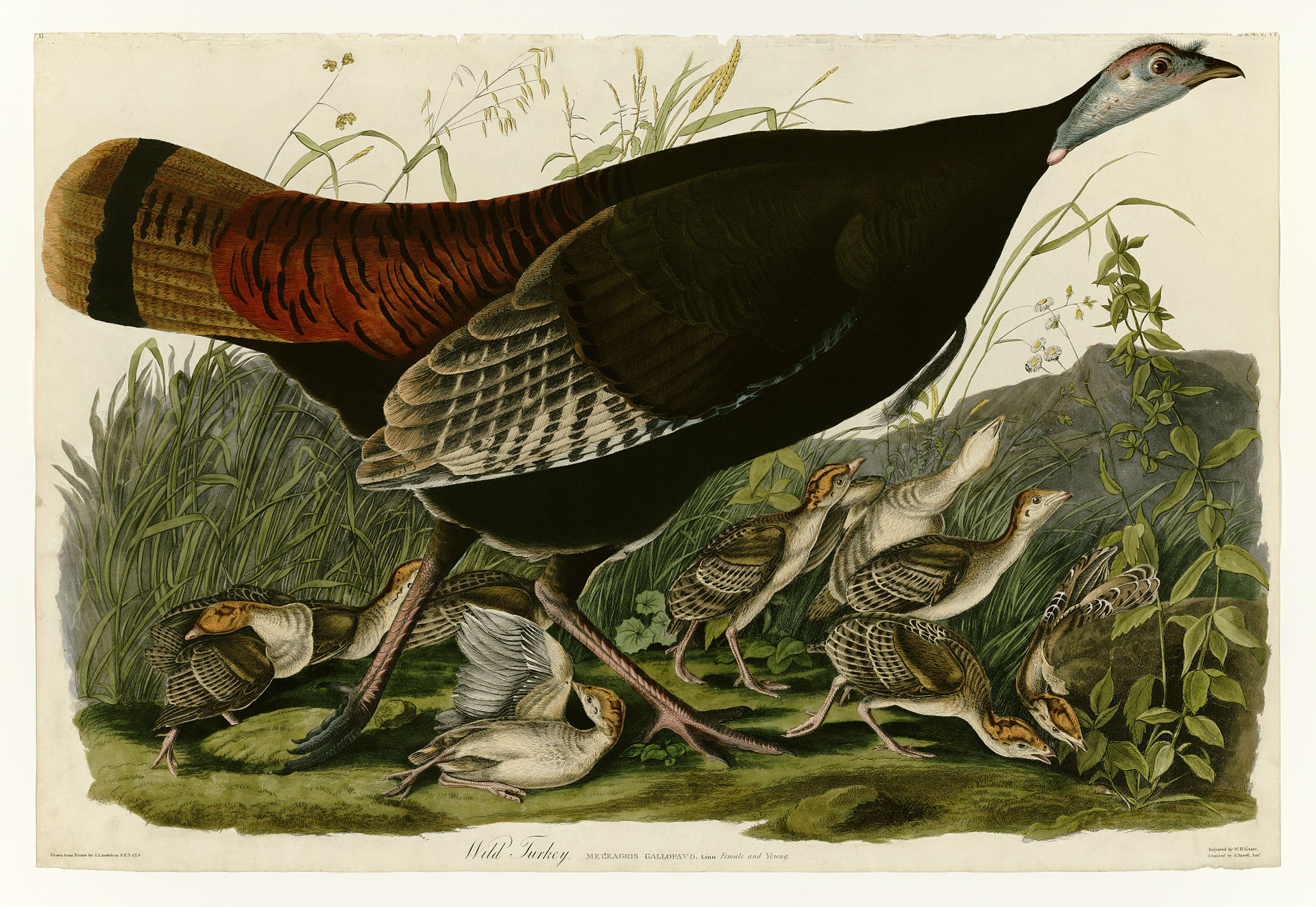 Our american bird originally hails from Mexico, but got its name in Britain when the Spanish brought a similar Middle Eastern species to England. So there actually IS a connection between turkey (the bird) and Turkey (the country.)

Whatever is on your table today, I wish you a Happy Thanksgiving Day, and all the blessings of connection and abundance.