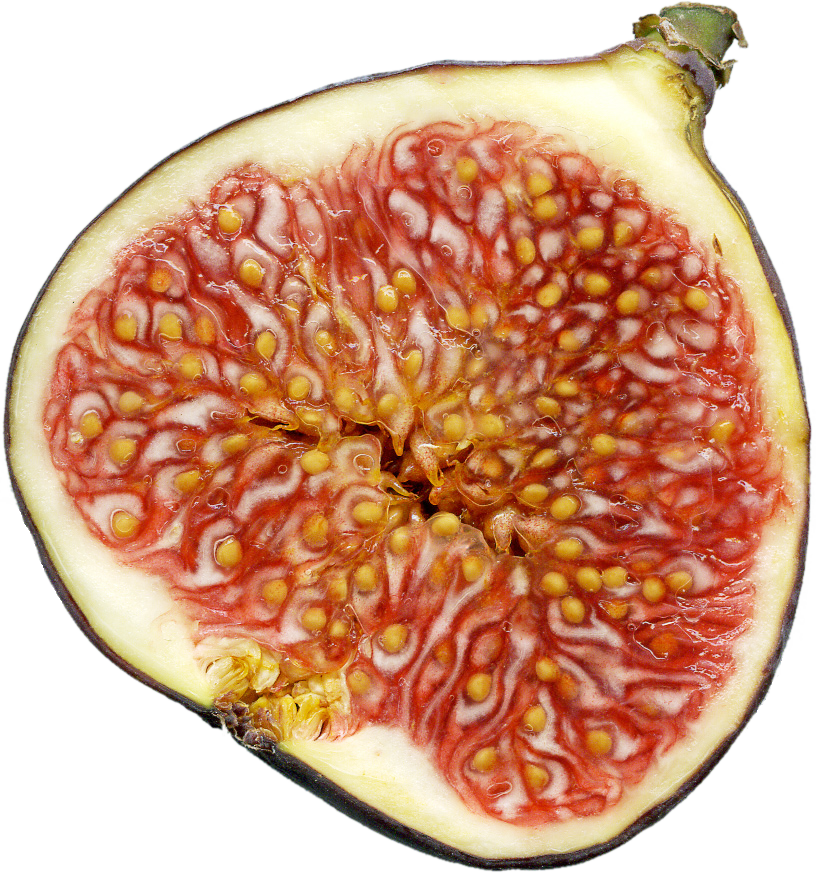 This is a reblog from the NewYorker.com. Please follow the link to read the complete article. Who knew fig reproduction was so unusual?

Bite a fig in half and you’ll discover a core of tiny blossoms.

All kinds of critters, not only humans, frequent fig trees, but the plants owe their existence to what may be evolution’s most intimate partnership between two species. Because a fig is actually a ball of flowers, it requires pollination, but because the flowers are sealed, not just any bug can crawl inside. That task belongs to a minuscule insect known as the fig wasp, whose life cycle is intertwined with the fig’s. Mother wasps lay their eggs in an unripe fig. After their offspring hatch and mature, the males mate and then chew a tunnel to the surface, dying when their task is complete. The females follow and take flight, riding the winds until they smell another fig tree. (One species of wasp, in Africa, travels ten times farther than any other known pollinator.)

When the insects discover the right specimen, they go inside and deposit the pollen from their birthplace. Then the females lay new eggs, and the cycle begins again. For the wasp mother, however, devotion to the fig plant soon turns tragic. A fig’s entranceway is booby-trapped to destroy her wings, so that she can never visit another plant. When you eat a dried fig, you’re probably chewing fig-wasp mummies, too.

The fig and the fig wasp are a superlative example of what biologists call codependent evolution. The plants and insects have been growing old together for more than sixty million years. Almost every species of fig plant—more than seven hundred and fifty in total—has its own species of wasp. But codependence hasn’t made them weak, like it can with humans. The figs and fig wasps’ pollination system is extremely efficient compared with that of other plants, some of which just trust the wind to blow their pollen where it needs to go. And the figs’ specialized flowers, far from isolating them in an evolutionary niche, have allowed them to …

Continue reading at the New Yorker